The State of Canadian REITs Since the March 2020 Market Crash

After being hobbled by the coronavirus pandemic, Real Estate Investment Trusts (REITs) are making a comeback, fueled by rising inflation, the looming possibility of a market correction, and the paring back of economic relief from the federal government. Year-to-date, Canadian REITs have returned 23.2% on average, outperforming the 19.4% gained by the S&P/TSX Composite.

Not every sector in the REIT universe was impacted to the same extent nor is it recovering at the same pace, however. Industrial REITs, for instance, were up 4.1% last year when Office and Retail were down 24.5% and 19.1%, respectively. This year, while many sectors have gained back most lost grounds, Senior Housing is still in the red, advancing only 5.6% after a 21% tumble.

In this article, we explore the effects that Covid-19 has had on REITs and zoom in on some of the changes that have been taking place in each sector since the market crash in March 2020.

When Covid-19 will become a distant memory is still unclear, but one thing is certain – REITs are making use of their dry powder. During the buildup to the first peak of new cases in Q4 2020, REITs in Canada held a total of $3.7B in cash and cash equivalents, the highest level in recent years as companies draw down their credit lines and hit pause on investment activity. This figure is now down to $2.2B as of Q2 2021.

As the economy reopens and vaccinations roll out, REITs have gone on the offensive, making acquisitions, upgrading/redeveloping existing properties, and refinancing debt to capitalize on record-low interest rates. Investment activity, as measured by cash flow from investing, has rocketed to $4B in the second quarter of this year, rebounding from a 3-year low of $1.1B in the first quarter and surpassing the pre-pandemic level of $3.5B in Q4 2019.

As unwelcomed as the pandemic was, it did bring about opportunities for a number of players to make some advantageous trades.

Brookfield Asset Management’s (BAM) acquisition of Brookfield Property Partners (“BPY”) completed earlier in June was one such trade, whereby BAM capitalized on BPY’s sustained discount to fair value and privatized the company. “The privatization will allow us to have greater flexibility in operating and realizing the intrinsic value of BPY’s high-quality assets,” said BAM’s CFO Nick Goodman in a statement.

Another trade that was well-timed and opportunistically done came from Slate Grocery REIT, which negotiated the purchase of a 25-property portfolio in the second half of 2020, a period when most REITs were still in defensive mode and the U.S. was dealing with vaccine rollouts and its presidential election. Priced at 47% below replacement cost, the deal was not only expected to be immediately accretive to Slate’s bottom line but will also yield strategic benefits by increasing the REIT’s exposure to America’s largest Metropolitan Statistical Areas (MSAs) – Dallas and New York City. “We saw an opportunity to take advantage of a challenging time in the market and chose to be active when others weren’t,” said Slate’s CEO David Dunn in Q2 2021 MD&A.

Logistic assets have been in demand since before the pandemic but the growth of e-commerce amid pandemic lockdowns has propelled the interest in this asset class to new heights. With record-low inventory, sky-high lease rates, and the shift toward decentralized fulfillment, industrial REITs are going full steam ahead to top up and deploy their war chest.

Some REITs are even looking beyond their own borders for opportunities. Dream Industrial REIT, for instance, raised $1B between an over-subscribed equity offering and bond issuance in June to partially finance the $850M acquisition of 31 logistics properties across Europe. Similarly, we saw Blackstone REIT made the $3.1B purchase of TSX-listed WPT Industrial to add 110 properties to its logistics portfolio.

While industrial and retail players appear to have emerged from the pandemic stronger than before, the same cannot be said for others.

Office REITs have gained back only 14% after falling 24.5% last year. Nonetheless, we are beginning to see some positive signs as corporations experiment with hybrid workspace and provincial restrictions ease up. Allied Properties, for instance, has reported increasing leasing activity and higher rent renewal spreads in its Q2 earnings release. Similarly, Dream Office REIT has reported record-level touring activity in August as more companies look to bring their workforce back to the office.

Senior Housing has clawed back a meager 3.7% gain after falling 21% last year. Most players in the sector are still focused on getting their residents and staff vaccinated while working toward bringing occupancy back to pre-pandemic levels. Nonetheless, companies like Sienna Senior Living and Chartwell Retirement have reported lower pandemic-related expenses and greater leads and move-ins from pent-up demand.

It was obvious that REITs were hit hard by the pandemic but the extent of impact and pace of recovery are not as straightforward. On the one hand, those who were well-capitalized and were in the “right” sectors like Industrial and Retail were able to make some opportunistic trades and capitalize on the surge in demand for logistics and e-commerce-related assets. These players appear to have emerged from the pandemic stronger financially and strategically than before. On the other, Office and Senior Housing landlords are still having a tough time finding their feet, although some reassuring signs have come out of both sectors. While these differences exist, REITs have proved to be a resilient asset class, one that has already outperformed the market this year.

Get our latest insights directly in your inbox! 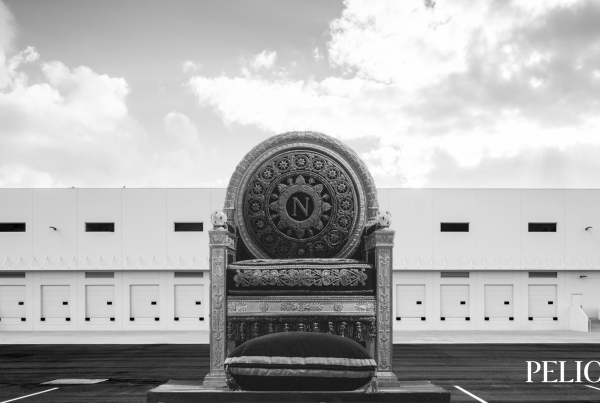